Some popular airsoft guns, like the Action Army AAP-01, come with low-cap airsoft pistol magazines. In the AAP-01’s instance, it comes with a 22rd mag. This is sort of ridiculous, considering the ludicrous ROF of the AAP-01 can empty the mag in like, literally one second when you’re firing on full-auto.

So, the good thing is that the AAP-01 is compatible with lots of other airsoft pistol magazines. You can get a bigger one if you want.

But does it really make sense to do so? Let’s take a look at the upsides and downsides of extended pistol magazines.

Why Extended Mags Can Come in Handy
The main thing to consider here is the rate of fire. Airsoft pistols that are capable of fully-automatic firing can drain those tiny 20-or-so round mags in like a second, maybe a little bit longer.

Even larger magazines can get drained pretty quickly on fully-automatic fire, which is why most AEGs with high rates of fire are compatible with airsoft magazines that can hold several hundred rounds.

In a word, it seems to make sense that you’d want a larger airsoft pistol mag, either an extended one or a “drum-like” mag, that holds extra rounds.

Benefits of Bigger Mags
Bigger mags obviously give you the advantage of having a greater capacity. No airsoft player wants to be trapped in a CQB scenario only to find out his AEG is spent, as are all of his spare magazines.

That player pulls a sidearm and has maybe 20 shots before he needs to drop the mag and reload – if he even brought a spare.

In that respect, having an extended airsoft pistol mag can be a bonus. But it comes at a cost.

The Flipside
Truth be told, we can’t help but feel that for the most part extended pistol magazines take more than they offer. Even high-quality airsoft pistol mags are not exempt from this.

Yes, extended pistol magazines will give you another second of two of full-auto fire, or, if you’re shooting in semi-auto (which makes sense, let’s be honest) quite a few more rounds.

But – there’s a but – extended airsoft pistol magazines significantly affect the handling of airsoft pistols. They totally throw off the balance. You can train with them to counteract this if you like.

But – there’s another but – even if you do train with them, there’s no canceling out the fact that most airsoft guns equipped with extended mags or higher capacity mags just don’t ride nicely in a holster or in an airsoft vest.

That is, extended mags more or less get in the way.

The solution is two-fold: one, lean on your AEG, and two, carry spare airsoft pistol magazines.

Lean on Your AEG for That (Pro Tip: Carry Extra Magazines, Too)
Your AEG is your primary airsoft weapon in a match for multiple reasons. Superior power, speed, expandability, handling, and capacity are among them.

Don’t try to make your sidearm into a surrogate for your AEG. Use them for what they’re good for.

The second thing is, instead of jamming an extended airsoft pistol magazine into your GBB pistol, just get a few spare pistol mags and keep them in your vest. Your vest will have space for them anyway.

Get a New Airsoft Pistol Magazines at MiR Tactical
Whether you’re dead set on an extended airsoft pistol magazine and accessories or need some other airsoft gear, the place to get it is at MiR Tactical.

MiR Tactical (MiRTactical.com) carries a wide selection of tactical gear and accessories, including airsoft pistol and AEG mags, speed loaders, ammo, batteries and chargers, gas propellant, and much, much more.

Check out their collection of airsoft gear online at the link above. It’s all covered by a price match guarantee and they offer low flat-rate shipping as well as free shipping on qualifying orders. Contact their customer service team for details at 800-581-6620. 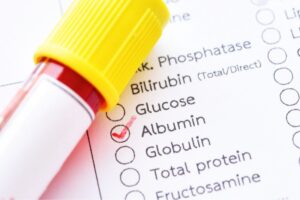 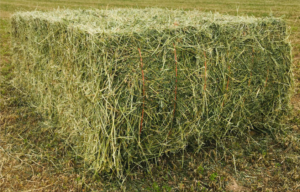 The Importance of Educational Toys in Child Development

How To Select And Incorporate Payment Gateway