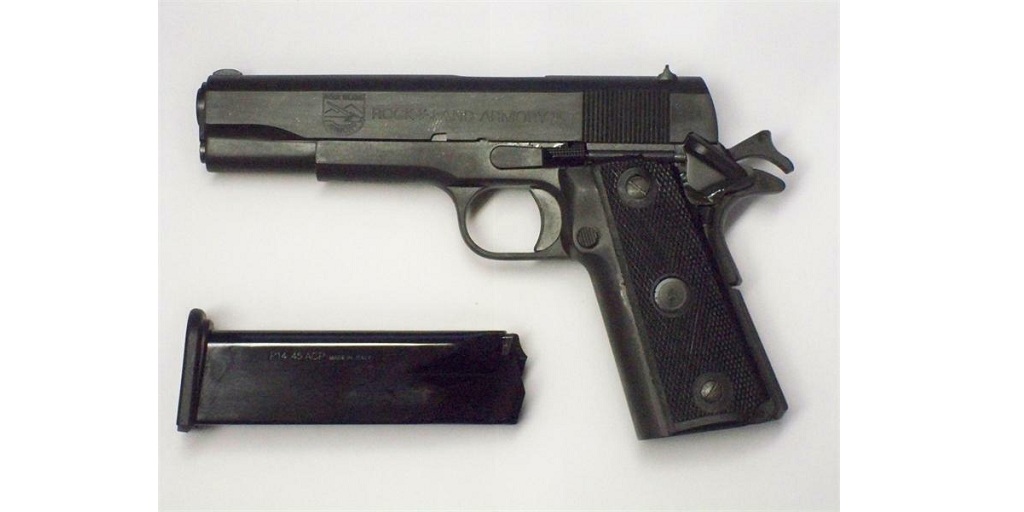 So you’ve invested in a Rock Island 1911 pistol as an affordable entryway into a highly successful category of guns which can be loosely defined as 1911 offshoots.

Rock Island 1911 pistols are lauded in the industry as reliable, user-friendly, accurate, durable, and of course, relatively affordable, depending on the model that has your interest.

But let’s just say that accuracy isn’t meeting the mark of your expectations. This is a common problem with lots of different firearms and it has many more causes than you might expect. Not all of them are ballistic. In fact, many are not.

So let’s get back to basics. First things first, you need to make sure that while you are attempting to sight in or pattern any firearm – regardless of what it is – you should be using the most consistent factory loads possible.

Ammunition is not all the same. Do not bring a whole bunch of different boxes to the range, with different bullet weights and propellant load data, expecting to get the same results. You’ll end up thinking there’s an issue with the gun when in reality all guns react to different loads differently.

Now that that’s out of the way, let’s address a factor that has to do with the shooter and not with the gun.

New shooters (and some experienced shooters) have a tendency to place their fingers too far across the trigger. Others are too light with their trigger placement and pull. Both of these scenarios can cause accuracy problems.

The pad of your trigger finger should rest lightly, and as squarely and flatly as possible across the face of the trigger when you are ready to shoot. You shouldn’t be pawing the trigger with your index finger joint, or so cautious about breaking it that only your fingertip is in contact with it.

If you’re too aggressive, and your trigger finger is covering the trigger up to the joint in your index finger, this orientation will often cause your shot groups to skew off to the right for right-handed shooters or to the left for left-handed shooters.

The reason for this is that you may have the Rock Island 1911 pistol in a sort of a death grip. You’re torquing too tightly to the outside of your grip, and when the trigger actually breaks, the muzzle is pointing slightly off to the right or left.

The opposite problem occurs when you shoot using only the tip of your trigger finger. You’re not confident enough in your group, causing the shots to trend to the inside, away from your grip.

Now there’s one more thing that can be causing accuracy problems that are not related to either ammo or how you handle the weapon, and it’s this: the barrel.

Let’s consider a separate situation. Perhaps you haven’t just bought a Rock Island pistol, and instead have had one for years. After you’ve put 10,000 or so rounds downrange, you’re going to have carried away a lot of the barrel’s rifling with it.

After the 10,000th round mark (or so) you’ll notice that accuracy starts to decay, especially at greater ranges. If nothing you do can get your groups to shrink and you know the issue isn’t handling or ammunition, unload and disassemble the pistol and break out the bore light.

Check out the rifling. If it’s worn down, there’s not really a problem with the pistol. You just need a new barrel.

They’ll also help you out if you have any accuracy woes down the line. Just let them know what’s up and they’ll help you diagnose the problem.

Previous post What to Look for in an RV Roof Tape?
Next post Why You Need Skid Steer Quick Attach Plates (If You Don’t Have Them Yet)

How To Select And Incorporate Payment Gateway

The Top Tips For Business Storage

Here’s what you can sell as a business

The Benefits of Commercial Cleaning Services

The Benefits of Commercial Cleaning Services

How Commercial Cleaning Services Can Benefit Your Business

What Should You Look For in a Commercial Cleaning Service?

How To Food regimen