Must It Be a Tactical Brass Catcher? [What’s with “Tactical?”] 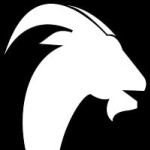 To the willing adherents of the “tacticool” crowd, tactical basically just means anything that’s sleek, black, and made from a high-density thermoplastic. If it looks cool, looks intimidating, and can be attached to a rifle, it’s “tactical.” Bonus points if it’s MOLLE compatible.

That’s not what tactical really means, honestly. A piece of equipment can really only be called tactical if it’s been purposely designed to serve in the line of duty supporting the tactics of law enforcement, the military, and other official agencies. This means that “tactical” accessories designed for civilians are not really “tactical,” by the letter of the word.

But if you’re looking for a “tactical” brass catcher because you’ve had enough of those mesh bag contraptions, we have some good news for you. It doesn’t matter what the term actually means, there’s a model out there that can cure your headache.

Problems with Mesh Bag Brass Catchers
Tactical aside, for the time being, there are plenty of legitimate gripes with the mesh bag catchers that for some reason are among the most common in the shooting sports industry.

Mesh bag catchers typically mount to the top rail or handguard, and have a wire frame supporting a mesh bag that can be used to cover the ejection port so as to collect spent brass. They are lightweight and thanks to a zipper at the bottom, they’re supposed to be fairly easy to empty.

However, problems abound with these models. One is they tend to obscure the sight picture. The mesh webbing hangs up on brush, gear, and other obstacles, making them tenuous at best when used in the field.

Worst of all, though they claim to be made from “heat-resistant” nylon, the fact of that matter is that these bags have been known to melt. Sometimes they even catch fire, which, as you don’t need to be told, is not only a safety issue but can substantially damage your firearm, specifically if melted nylon gets into the action somehow or other.

Fortunately, the molded ABS resin construction of the Brass Goat by Magwell Mounts solves all of these problems and then some.

How a “Tactical” Brass Catcher Solves Those Problems
The Brass Goat is what some might call a “tactical” brass catcher that requires no rail mounts. It mounts to mil-spec AR-15 lower receiver magwells without the need for tools.

In lieu of a zippered bag, the Brass Goat is compatible with a detachable hopper that is also easy to attach and remove, which holds up to 30 rounds of .223 casings. It is also compatible with many other cartridges.

Most importantly, the Brass Goat is effectively waterproof and weatherproof. Being made of hard ABS resin, it will not melt or catch fire, no matter how intense your range therapy gets. Since it lacks a mesh web, it will not get tangled on brush or gear, and it has a low profile that prevents it from interrupting or obstructing your sight picture.

To those that know about the Brass Goat, the thing sells itself. If you still need to discover it, visit BrassGoat.com or get in touch with their sales team at Admin@MagwellMounts.com.

Top 7 Baseball Movies of All Time

The Best DeMarini Softball Bats in 2022