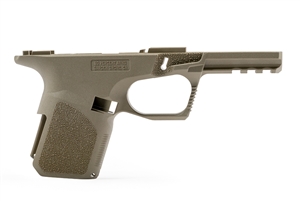 The AR15 (Armalite Rifle – it doesn’t stand for assault rifle, as some people think) is one of the most popular rifle platforms in America – but it doesn’t reign uncontested. There are plenty of other sporting rifles out there that give it a run for its money, such as the AR10.

Unfortunately for casual tinkers and weekend shooters, the AR-10 and AR-15 are eerily similar AR platforms. Without writing a volume on history or ballistics, here’s what you should know about the AR15 vs the AR10 if you are thinking about buying or building one.

How These Rifles Are Similar

First things first, in terms of operation and usability, these rifles are far, far more similar than they are different.

They’re both what some would call modern sporting rifles (MSRs) that are extremely modular, adaptable, and moddable. They handle, and fire similarly, break down similarly for maintenance, and produce light relatively light recoil (irrespective of the AR10’s pairing with a hotter, heavier cartridge).

They both use a direct impingement gas system to cycle the action. They both have a rotating bolt. They both feed from double-stack, detachable box magazines, and have basically the same design in upper and lower receiver, triggers, hammers, and disconnectors. They can be equipped with collapsible or adjustable stocks and quad rail system handguards allowing for the attachment of multiple accessories.

From afar these rifles look almost identical, except to the trained eye. Probably, you could show two pictures of an AR15 and an AR10 to 100 different people and most of them wouldn’t be able to tell the difference – unless they had previously handled or owned one.

So then how are they different?

Before we hit the main difference between the AR15 and AR10, let’s get the superficial differences out of the way. The AR10 is a slightly heavier, larger platform. It typically weighs between 8 and 10 pounds, when compared alongside the AR15’s lighter 6 to 8. Depending on stock adjustment and muzzle device, the AR10 will typically measure between 16 and 24 inches of total length – just a hair longer than an AR15 – but again, depending on stock adjustment, an AR15 could actually be longer. Occasionally, the AR10 is equipped with a mag with a slightly lower magazine capacity.

Therefore the question of difference becomes one of ballistic performance. The AR15’s pairing with the .223 enables it to shoot flatter while producing less recoil. Consequently, the AR10 shoots a heavier projectile that carries more ballistic energy downrange, extending its range beyond an AR15 chambered in .223 or 5.56 NATO.

Choose the AR15 If

Choose the AR10 if

Want to Learn More about the AR15 vs AR10? Parts for Both Are Available at 5D Tactical

One more final thought in the debate between AR15 vs AR10 is that many high-quality parts are interchangeable between these two semi-automatic rifle platforms, so be aware of that before you take up a home build project.

Still interested in the fine points of consideration between these two platforms? Visit 5D Tactical at 5DTactical.com or get in touch with their customer service team at 508-834-4223. 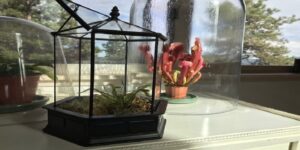 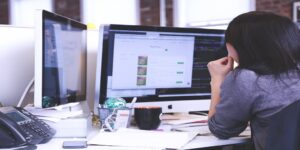 Next post Why You Should Seek a Reliable BigCommerce SEO Company