Do you know how our parents always told us to never touch a cigarette or tobacco product? Meanwhile back when they were our age, it was totally normal to puff away on a few cigarettes on a night out or when they had a particularly stressful day. Not to say that back in the day those cigarettes or tobacco products were actually any better than they are now, but it’s nothing to be ashamed of if you’ve found yourself in the habit of smoking. Nowadays, things can be quite stressful. Whether your job is giving you lots of trouble, you have family issues, or you’re dealing with personal problems, the list can go on. Sometimes, it might have just been easier to reach for your pack of cigarettes while dealing with a stressful day or situation. However, being addicted to nicotine is not a sustainable way to live: not for your wallet and certainly not for your health.

A few years ago, you might have seen marketing surrounding vaping and how it was the best alternative to smoking. Many of us saw the marketing and fell for it (it was very convincing). Fast forward a few years to the present, and we now know that idea was completely false, but the damage has already been done.

One of the many brands you probably saw pop out of the woodwork to promote their nicotine vapes has got to be Puff Bars. This brand was very well-known and grew immense notoriety for its brightly colored vape devices and strangely enticing flavors. I mean, how could anyone, including the many teens that grew victim to Puff Bar, resist the flavors of lychee ice and strawberry lemonade.

For a while, it seemed that nicotine users trying to kick their cigarette habit were successful while using things like Puff Bars, but, it was only exasperating the problem since the nicotine content of just one Puff Bar was equivalent to an entire pack of cigarettes. The problem is that they were much easier to puff away on, masked by the intensely potent and sweet flavors.

However, Puff Bars soon met their demise when disposable nicotine vapes were banned from being sold at gas stations and convenience stores. This was mainly due to the issue of young teens easily getting their hands on these products, getting them hooked to nicotine at a very young age. Plus, the way these devices worked, made it so that they couldn’t be refilled, so you would have to keep replenishing your stash every few days or weeks.

There are many other reasons as to why Puff Bars are no longer, so here’s a compiled list that contributed to the company’s downfall.

● They were highly addicting
● Due to the FDA federal regulations, they could no longer be sold due to their inability to be refilled.
● Puff Bars were easily accessible and obtainable to teens and young adults
● No tobacco company that wasn’t already being sold in stores since before 2016 was allowed to be sold in stores.

Unfortunately, Puff Bars left through many different holes to get to where they did. If you are someone who fell victim to the facade of Puff Bar or have been struggling with nicotine addiction for a while, here is a Puff Bar no nic alternative. Cyclone Pods.

This vaping product has zero nicotine whatsoever, so you can puff away without a worry about further contributing to your nicotine dependence. At Cyclone Pods, you can choose from the same fun flavors as Puff Bars, but without any nicotine or harmful ingredients. 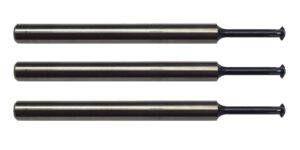