The iOS app industry is continuously evolving and witnessing new trends. Whether new features in iOS 16 like the lock screen gallery, suggested photos, live activities, or enhanced support for Siri, iOS developers continuously keep releasing new updates and feature regularly to enhance the user-friendliness of the operating system and its apps.

A Statista report says the iOS app store has grown to have 1.6 million iOS apps in the third quarter of 2022. The same report also states that as of November 2021, the average price of an app on the Apple App Store was limited to $0.88 per app. Now, these are some critical iOS app trends that influence the overall development trends throughout the year. Additionally, in this blog, we are going to focus on some of the other evolving trends that will influence the future of iOS app development in 2023. So, if you found the topic interesting, stay with us until the end of the blog to have some more cool insights.

Various rumors suggest that in the second half of 2023, we might have an update of iOS 17 and its possible features. Some of the features of iOS 17 are already rumored and can impact the app development industry massively. Among the top rumored iOS 17 features are-

A report by The Guardian suggests that in Britain, users are downloading approximately 250 million mobile apps per month. Now, most of these developers or most of the app development companies UK are clustered around London. These numbers currently can reach up to 8,000 companies providing employment to approximately 380,000 experts in the industry. Now, as 2023 is a rapidly evolving app development market, the number of iOS developers and iOS app development companies are expected to rise exponentially but even in other regions of the UK such as Brighton, Cambridge, Edinburgh, and Birmingham.

The iOS app development industry is expected to witness a rise in the number of AR/VR apps, especially for industries like healthcare, education, and gaming among others. These technologies will also witness an increase in their adaption due to the increasing adaptability of the metaverse. It is expected that Apple is launching its AR/VR headset in 2023 which will open new opportunities for iOS developers to offer more personalized and interactive experiences. The headset is expected to have amazing configurations like 4K micro-OLED displays, over a dozen cameras to have the accuracy of the real world converted into virtual motions, Iris scanning for eye movement control and password authentication, and more. Once released, this headset is expected to change the virtual reality experience for Apple users across the globe.

Data security is one of the major concerns that app users have at the moment. To solve this problem, Apple has already started rolling out rapid security updates occasionally. Now, with the increasing number of users with iOS devices that offer the Rapid Security Responses feature, security updates will be installed on devices more often and the app development industry will have to keep up with these updates.

The iOS app development industry is continuously evolving and with game-changing technologies like 5G, iBeacon, AR/VR, AI, and more, it is also quite impossible to predict that apart from the updates for the already existing trends, what new is going to be announced out of nowhere in the world of iOS apps. However, one thing is certain; 2023 will be an important year for the AR/VR industry thanks to the metaverse. More and more businesses will look forward to joining the virtual space. And, for app developers, the race to offer the fusion of metaverse, AR/VR, and their own services in the form of iOS apps will see a rise as well.

Lastly, we hope that our take on the future of iOS app development trends for 2023 was an insightful experience for you. We recommend you keep exploring Digital Buzz more often to keep yourself updated with everything that is going on around the world in technical and non-technical industries.

Author bio – Andrea Laura is a very creative writer and active contributor who loves to share informative news or updates on various topics and brings great information to her readers. Being writing as her hobby, Andrea has come out with many interesting topics and information that attracts readers to unravel her write-up. Her content is featured on many mainstream sites & blogs. 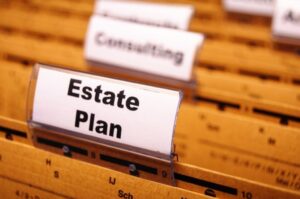 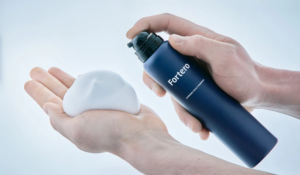 How The Gowly App Can Help You Transform Your Life

Banking Made Easy with IVR System