Airsoft shotguns for sale are a whole load of fun to shoot at cans out in the back, but with AEGs and to a lesser degree, gas blowback airsoft rifles and pistols dominating the competitive scene, is there still a place in the modern airsoft player’s arsenal for these spring-operated beasts? We say yes, provided you maintain a realistic understanding of their limitations. They’re not practical in all competitive situations, but we don’t believe that airsoft shotguns should be entirely written off, either.

Super-Support Role
While there are some gas blowback airsoft shotguns out there, far and away most references to airsoft shotguns for sale refer to spring-powered types of airsoft guns that are usually operated by pump action.

For many of these airsoft shotguns, the magazine itself takes the form of a “shotgun shell” that can be loaded into the action and fires bursts, typically 3 rounds per shot, although some models fire more, even as many as 6 airsoft BBs per shot.

Whether gas-powered or spring-powered, many airsoft shotguns are fairly powerful, capable of attaining muzzle velocities of up to 400 FPS. If you’re going to say nothing else about them, for all of their limited capacity and (potentially) slow rate of fire, they’re pretty powerful.

It is, however, the slow rate of fire that has relegated most airsoft shotguns to their current positions as items of interest or oddities, but we don’t believe this to be a fair assessment. There is still a place for airsoft shotguns in competitive play, specifically as a support role.

It doesn’t make sense for every player on the airsoft field to carry a heavy, bulky AEG. Some players, who are responsible for reconnaissance, are outfitted with spring-powered airsoft sniper rifles, for example. These players don’t need the higher rate of fire or extended capacity of some infantry players.

Extremely Reliable
Another serviceable aspect of airsoft shotguns for sale is that, especially with respect to spring-powered models, they are extremely reliable.
Unless the spring internals wears out (in which case, they can often be replaced) an airsoft shotgun will perform as intended, when you need it. With the exception of the slide and trigger, most of the moving parts are covered and pretty tough, so spring-powered guns are often some of the best choices for unforgiving or demanding physical environments.

If you need a reliable sidearm that hits hard and can roll with the punches, a spring-powered airsoft shotgun might serve you very well, even in a competitive match.

Lots of Fun to Shoot, Plenty of Room for Customization
Finally, it’s also worth noting that airsoft shotguns for sale are just a whole lot of fun to shoot and offer plenty of room for customization. If you get a model with generous rail space, you can trick out the platform with lights, lasers, optics, and other attachments that will make it much more viable in competitive encounters.

Learn More at MiR Tactical
Interested in learning more about the different types of airsoft shotguns that you can train with or take into a match? Visit MiR Tactical, at MiRTactical.com, or get in touch with their customer service team at 800-581-6620. They offer competitive pricing (including a price match guarantee) as well as low, flat rate shipping. They even offer free shipping on orders that qualify – visit their website to learn more. 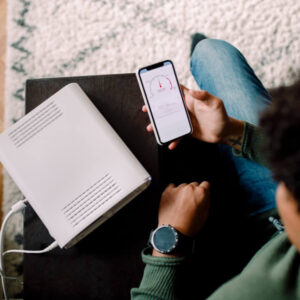 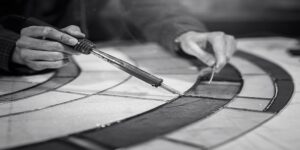 Next post Tips for Improving Your SEO for Ornament Stores