As ordained clergy, clerics have always been expected to wear certain attire to distinguish themselves from the congregation. The standard clerical dress has been created by many national bishops’ conferences and dioceses across the world. Priests have always been expected to dress in religious garb in order to set themselves apart from the rest of society. Religions have always had a desire to distinguish between members of their own groups, even down to the attire they wear.

Priests are easily recognizable to the devout because of their religious attire, particularly for men. Whether it’s a priest in a black robe or a monk in a robe, the wearer of religious garb demonstrates their role and vocation with all the duties, duties, and responsibilities that come with it.

Liturgical vestments, which in certain circumstances were also worn outside the sacraments, were the only distinguishing clothing in the early Church. The chasuble and dalmatic were worn by deacons and bishops alike as everyday attire.

Traditional clergy wear a cassock (also known as soutane), which is a piece of apparel. Long enough to cover one’s ankles, it’s a traditional Chinese robe. Even though it’s a robe, it’s not loose-fitting. They’re most typically seen on Roman Catholic priests and nuns. Clergy in the Anglican, Presbyterian and Lutheran traditions all have their own versions of the robes.

Generally speaking, cassocks are a dark shade of black. Other colors may be used to trim them, though. The collar, cuffs, and fasteners of the garment are often decorated with red and white.

White clerical collars go with them nearly always. The clothing also includes a band, around the waist. Alternatively, this band might be done in a different color than the remainder of the garment. An additional option for accessorizing the band is the addition of a ribbon around the waist.

It is possible to perform most rituals that do not call for the use of an alb without the use of a separate white surplice worn over the cassock. This category would include events like baptisms, Benediction, and marriages that take place outside of the regular liturgical celebration.

While the alb has gained in popularity as a global liturgical vesture, two of the traditional clerical clothing have seen a decline in popularity, particularly among acolytes, who were used to wearing them to serve at Mass.

There is a lot of meaning in this clerical attire: When it comes to religious symbolism, black is always associated with austerity and chastity, as well as obedience. Furthermore, black is a hue associated with grief and death; for the priest, the symbolism of dying to oneself in order to rise and serve the Lord, as well as testifying to the Kingdom that is yet to come.

It can be difficult to locate clergy clothing that is both appropriate and reasonably priced. Unlike other types of apparel, these outfits are completely unique. You can’t just go into a retail shop and see a rack of priestly clothing. Since the general population doesn’t often need clerical attire, the demand for it might be considered a niche industry.

For those who serve for their church, clerical attire is still required. A lot of people don’t realize just how many different kinds of clothes clergy members require. According to the employment description, there is a particular clerical dress that corresponds with it.

Divinity Clergy Wear comes to the rescue here. Clothes and accessories for clergy are all available in this online shop for the convenience of clergymen everywhere. On their website, you may find all of the above and more.

With Divinity Clergy Wear, you won’t have to worry about finding the right attire for your ministry. There is no one else who can match their dedication to providing high-quality apparel and outstanding customer service. 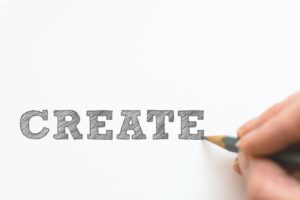