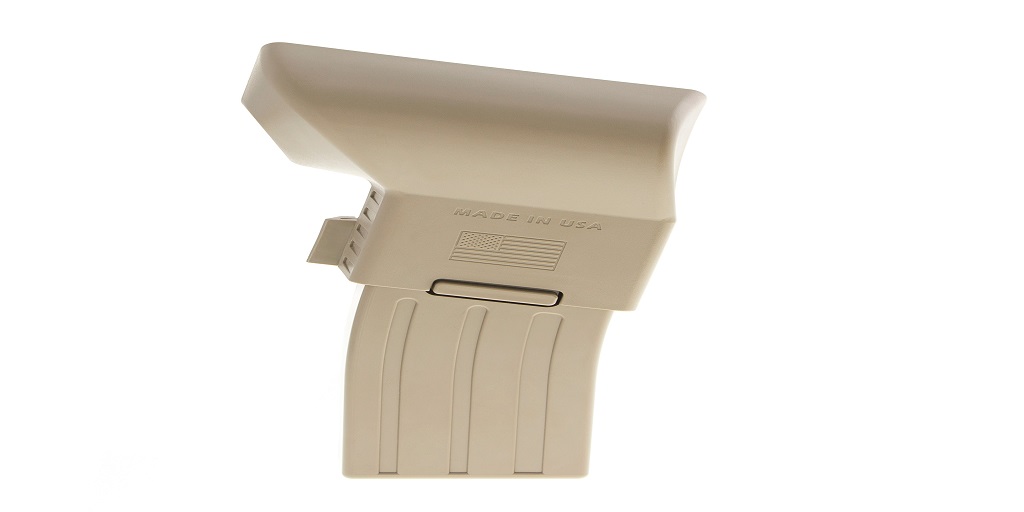 Most shell catchers for AR-style rifles mount directly to the rifle’s handguard or rail space over the receiver, but not all of them. The Brass Goat, Magwell Mount’s flagship brass catcher, does not. Instead, it mounts directly to the magwell of a mil-spec AR-15 lower receiver.

It does not require tools and this brass catcher attaches (and detaches) in a matter of seconds. Being able to quickly attach and detach it is user-friendly enough, but how much does it actually matter to keep the rail space clear?

Why It’s Better to Keep Rail Space Clear
First and foremost, your rail space is there to allow you to expand the rifle. It’s meant for adding lights, lasers, grips, optics, offset sights, side saddle mounts, and even hardware like sling mounts. You can, of course, add other accessories like brass catchers – that’s why your rail space is there.

So, to a certain point, it’s useful to keep your rail space clear so you can use that space more efficiently for mounting other accessories, but that is not the only reason it makes sense for a brass catcher to mount to an attachment point elsewhere on the rifle.

Consider the value of keeping your sight picture clear. Even a brass catcher with a relatively slim profile like the Brass Goat is still fairly large as far as most attachments go, even though it is fairly light.

Brass catchers cover your ejection port and extend beyond it. Some of them even mont over the top of the rail on your receiver, directly interfering with sight picture and target acquisition, unless you shoot over a scope.

Even so, having that distraction in front of you can hinder target acquisition and tick milliseconds off of your scoring, should you be involved in competition shooting.

If for no other reason than keeping your sight picture clear, a shell catcher for an AR-style rifle should mount somewhere other than to your receiver, Picatinny rail or handguard.

Solving Other Common Issues
Since we’ve broached the topic, it’s worth mentioning that the Brass Goat offers a little bit more value than simply preventing hot brass from landing all about your shooting area and keeping your sight picture clear.

While most other brass catchers are content simply to allow brass to enter the bag and call it a day, the Brass Goat has seen their hand and gone all in. It’s been specifically designed to rectify some of the common issues that shooters report and which plague mesh bag catchers.

Instead of being made from a mesh bag, the Brass Goat is made from solid, molded ABS resin. It is not only resilient to the elements but it is much more resistant to hot brass. Other catchers have been known to melt, catch fire, or jam. The Brass Goat will do none of these.

And as for ease of unloading, in place of the “convenient zipper” at the bottom of the mesh bag, the Brass Goat is simply compatible with a detachable hopper that can hold up to 30 rounds of .223 or 5.56. It works great (better even) and empties just as quickly and conveniently.

Visit Magwell Mounts at BrassGoat.com
Ready to make the switch over to a shell catcher for an AR rifle that works better than your standard mesh-bag alternatives and will keep your sight picture clear?

Visit Magwell Mounts at BrassGoat.com to learn more about their propriety brass catcher and other shooting accessories. One trip to the range and you’ll be glad you did. 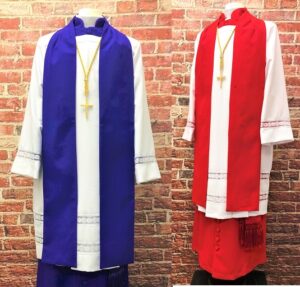 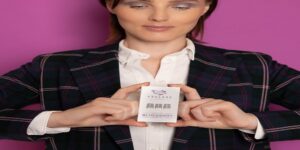 Next post How Cool Are These Disposable Vape Sticks: Benefits of Disposables