One of the most popular devices now on the market is a dry herb vaporizer. Ever since marijuana legalization, there have been a number of novel techniques to use it. Because of technical advances, there are a wide variety of methods for consuming marijuana. Previously, the sole method was to smoke it. You may use it as a cream, eat it, or even use it as an oil. However, dry herb vaporizers have become the most common way in light of recent technology improvements. Vaporizers allow you to smoke marijuana without burning the weed, and they’ve improved throughout time. It’s not uncommon for people to think of bongs, pipes, and joints when they think of smoking marijuana. The way individuals use pot nowadays has evolved significantly. Since then, people have been seen carrying what they call “weed vapes” in order to light up whenever they like. In the same manner that a typical nicotine vape provides a simpler and more inconspicuous method of smoking cannabis, a marijuana vape does the same.

You may use this sort of vaporizer to ingest your preferred marijuana concentrate or oil. A regular nicotine vape or even cigarette is used in the same way by puffing the vape and inhaling. One of the most innovative ways for people to smoke cannabis since it’s safer and more discreet than traditional techniques.

There are several benefits to vaping cannabis instead of smoking, and if you’re wondering, here are a few.

A Healthier Choice
There are several advantages to using a vaporizer instead of smoking your pot. As of late, there have been several studies that have shown that utilizing a portable vaporizer for cannabis consumption is healthier for one’s lungs than smoking it. When you use a vaping device instead of smoking, you’re inhaling a purer, more potent type of cannabis vapor, rather than the more toxic particulate matter seen in traditional methods of consumption. Other techniques of smoking, such as using paper or a plastic approach, might potentially be detrimental to the smoker.

Quicker Hit
You can really experience the effects of cannabis more quickly by inhaling vapor than any other way. Using a vaporizer is the best way to get rapid relief from stress, discomfort, or any other ailment you may be facing. In addition, the vapor produced by a vape pen is cleaner and more potent than that produced by other ways of smoking since there is no burning involved. In many cases, vaporizing marijuana is the preferred method of consumption.

Manageable Effects Without The Stink
Smoke stays on clothes, resulting in a lingering odor that can last for weeks. There is no residue left on your clothing or the walls or furniture when you smoke dry herbs using a vaporizer, so it doesn’t stink when you use it. The temperature may be controlled with vaping, which means that you can take fewer puffs at a time, allowing you to manage the effects. Dry herb vaporizers are wonderful since they don’t produce smoke, which means you won’t have foul breath afterward, which is ideal if you’re having a fast vape session before work. Public use of a vaporizer is also frequent and widely accepted by the general population. It is not only quick and comfortable to use a vaporizer this way, but it also provides the same health advantages as other types of smoking. These weed vapes have almost little smell and emit very little smoke.

Vaping instead of smoking marijuana is the finest choice you can make for your health and well-being. Ultimately, it’s better for your health than smoking it, and it tastes better than smoking it. Even if these arguments aren’t enough to persuade you, maybe the fact that it’s discreet and you have greater control over the effects will persuade you.

However, despite all the advantages that come with employing this approach, you need to discover a head shop that can give you the greatest selections. Check out Funky Piece’s items for all of your weed-related accessories and other necessities to ensure that you can smoke successfully. If you’re looking for marijuana vaporizers, go no further than funkypiece.com! 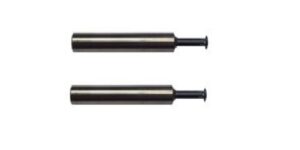