Telecom Regulatory Authority of India (TRAI) has released a slew of recommendations to enhance broadband connectivity in the country, and one of the key suggestions is fixing the minimum download speed for broadband connectivity at 2Mbps. This is four times more than existing minimum broadband speed of 512Kbps that the regulator had introduced back in 2014 as an upgrade to the earlier 256Kbps speed. TRAI also recommends that the government should speed-up fixed-line broadband rollout in rural areas by reimbursing 50 percent of the monthly subscription charges.

In a 301-page document its recommendations to increase broadband penetration in the country. The regulator noted that on the basis of the inputs it received from stakeholders and its internal analysis, it found that the existing 512Kbps speed is “inadequate for accessing even some basic applications” and found that the minimum threshold should be 2Mbps.

“Broadband is a data connection that is able to support interactive services including Internet access and has the capability of the minimum download speed of 2Mbps to an individual subscriber from the point of presence (POP) of the service provider intending to provide broadband service,” TRAI said in its recommendations.

Alongside recommending the minimum speed and categories on the basis of download speeds, TRAI in its document touched upon the need for increasing the penetration of fixed-line broadband in the country. It said that only 9.1 percent of Indian households have fixed broadband, while a majority of residents have mobile broadband as the only source of Internet access.

To improve Internet penetration, TRAI recommends incentivising investment in the last-mile linkage for fixed-line broadband and an interest subvention scheme for capable operators providing wired Internet connections. The regulator also urged the government to create a national portal for Right of Way (RoW) permissions for laying fibre and installing towers.

TRAI also asked the government to subsidise Internet access via broadband for the rural population through a pilot Direct Benefit Transfer (DBT) scheme. Under the pilot, the regulator said that the government should consider reimbursing 50 percent of the monthly fixed-line broadband subscription charges of not more than Rs. 200 per month. It also noted that the reimbursement could be processed through e-RUPI that the National Payments Corporation of India (NPCI) released last month.

Additionally, TRAI recommends that the government expedites auction of available mid-band spectrum of 3300MHz to 3600MHz airwaves and allocate the millimetre wave (mmWave) range spectrum to enhance mobile broadband speed in the country. It also suggested that a centrally sponsored scheme (CSS) should be created by the government to incentivise states and union territories for reforming RoW. 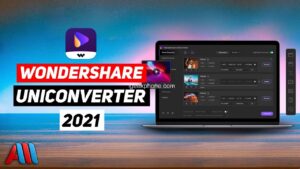 Previous post Wondershare UniConverter, the video converter viable with in excess of 1,000 arrangements