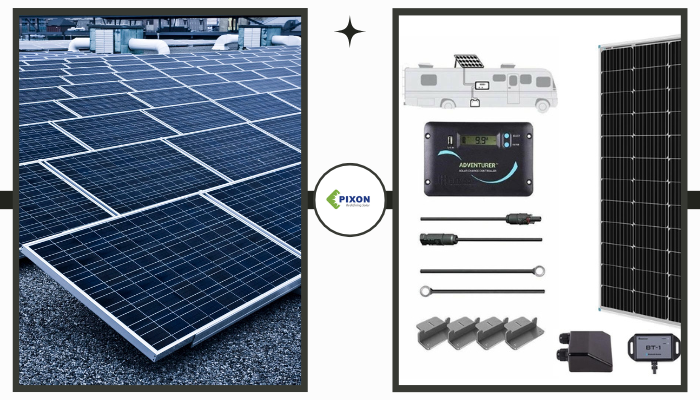 It only takes the sun an hour and a half to reach the surface of the planet, yet that is enough time for it to provide enough energy to meet the needs of the whole globe for an entire calendar year. Photovoltaic panels, sometimes known as PV panels, and mirrors that concentrate solar radiation are both examples of solar technology that may be used to turn sunlight into usable electricity. This energy has several applications, including the generation of electricity, energy storage (through batteries or thermal storage), and thermal storage.

The market for products powered by solar energy is steadily expanding. Low-carbon buildings often use both active and passive solar energy technology. There is a growing interest in developing projects that produce zero carbon emissions or even positive carbon emissions. Because of this, increasing the amount of electricity generated by renewable sources should be a priority, and as a result, hybrid solar power systems should be favored. Solar Products In India are the industry’s backbone, therefore it’s important to familiarize yourself with them as the solar business continues to expand.

This guide will provide an overview of the many kinds of solar products that are now on the Indian market, and discuss what is their purpose and use.

Also known as single-crystal panels, they are produced from a single pure silicon crystal that is sliced into numerous wafers. They are easy to recognize by their pitch-black hue; which is a dead giveaway that they are constructed entirely of silicon. The use of pure silicon also makes monocrystalline panels the most space-efficient and longest-lasting of the three solar panel types.

However, this comes at a cost, since the production of one monocrystalline cell results in the loss of a significant amount of silicon (often reaching over 50%). As a consequence, the cost will be rather high.

It is a piece of equipment that makes use of the sun’s rays to heat, cook; or pasteurize liquids and other food components. Although the majority of solar cookers that are now in use are low-tech and very affordable devices others are just as powerful or just as pricey as conventional stoves.

A building that makes use of concentrated solar electricity to generate high temperatures; often for industrial purposes, is known as a solar furnace. The sun’s rays are reflected onto a series of parabolic mirrors using heliostats, which are used in solar furnaces.

More and more people are turning to water purification systems to guarantee that they have access to clean drinking water free of germs and other contaminants that might be damaging to their health. The purifying process, on the other hand, is powered by electricity in these systems. The solar-powered RO systems are an excellent blend of the greatest technologies for water purification and the technology to power them that is derived from the sun.

5. A solar inverter or PV inverter

There are several Solar Products in India among them the most in trend is a solar inverter. It is a type of power inverter that changes the variable direct current (DC) output of a photovoltaic (PV) solar panel into a utility frequency alternating current (AC) that can be fed into a commercial electrical grid or used by a local off-grid electrical network. This type of inverter also allows the PV solar panel to be used to power a local electrical network.

6. Air conditioner powered by the sun

The development of technology that uses solar energy has made it feasible to power cooling systems more efficiently. You may now get solar thermal hybrid air conditioners, which have sun energy powering the compressors of their air conditioners. The only purposes for which electricity is required are the operation of the electric control components and the running of the fans. You may also get solar photovoltaic hybrid air conditioners; which can transition between using solar electricity and battery power according to the requirements of the situation at any given time.

The major function of the charger is to provide a source of power to the batteries included inside the product. This kind of battery may be charged. Ordinary chargers provide power that is created from fossil fuels; however; solar chargers supply electricity that is produced from the light from the Sun’s beams rather than the electricity that is produced from fossil fuels.

It is a form of heating and cooling system that operates passively by its definition. Ventilation is one of the many benefits provided by this system, along with temperature control. They are widely regarded as an efficient method for attaining energy efficiency in building construction.