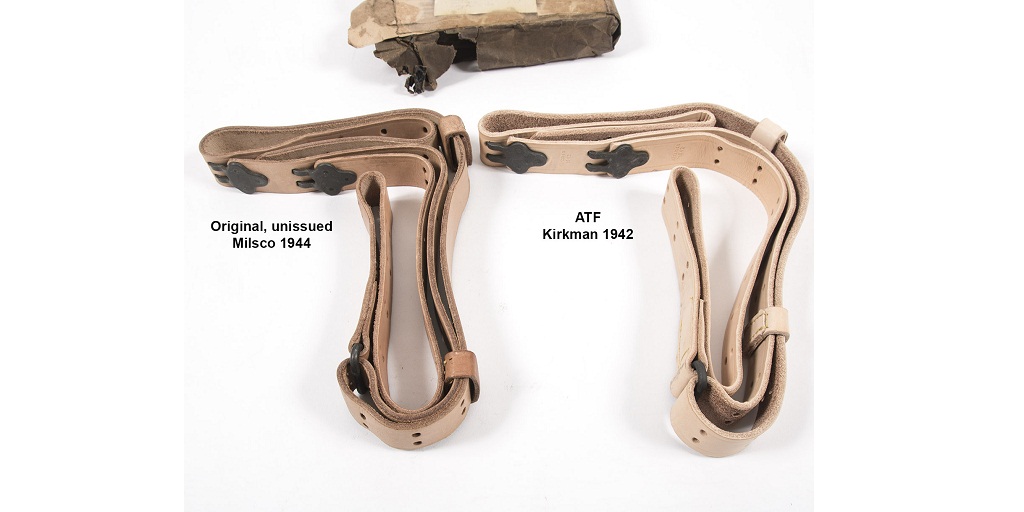 If you’re only familiar enough with militaria to recognize military naming conventions, you might think M1907 is a firearm. The M1903, M1911, and M16 all are – and very influential ones at that.

Revolutionizing Sitting, Kneeling, and Offhand Shooting
The M1903 rifle and the M1 Garand that followed it are both marvels of engineering. Both featured extremely strong, reliable actions and were built around the reverent .30-06 Springfield rifle cartridge which was accurate when fired from either platform and effective out to 1,000 yards.

The problem is, this cartridge isn’t the only thing that was heavy. These rifles were, too. Both the M1903 and M1 Garand weighed over 8 pounds, nearly 10 in the case of the M1 Garand.

Shooting these rifles offhand, or even while sitting or kneeling, required decent strength and poise. It is true that the implements were reliable and accurate, but they were full-stocked, long, and heavy. The M1907 leather rifle sling changed all that.

Developed over 100 years ago, the M1907 sling was designed to help American soldiers shoot more confidently and accurately, from nearly any position, even in the absence of bipods and shooting rests – or anything else that could be improvised and fashioned into one.

In fact, today, the M1907 sling is still arguably the best solution for shooting stability when a bipod, shooting sticks, or something similar is not available.

Previously, rifle slings were primarily instruments for transporting arms. The M1907 was a high-quality leather sling that did as much and more.

The secret lies in the two-piece construction of the sling. There is an open loop at the forward end of the sling; sliding the supporting arm through it, the loop can be tightened around the bicep or upper portion of the support arm. The wrist can then slip forward up to or against the sling where it connects to the swivel on the rifle’s forend.

The elbow of the support arm can then be braced against the body, the knee, or even the ground. In this configuration, the sling limits how far the support arm can extend “open,” effectively creating a stable shooting platform for standing, kneeling, or sitting shooters, without any additional support needed.

Using the sling in this manner drastically improves the shooter’s stability and can have a profound impact on grouping even well beyond 100 yards. Some competition shooters use nothing but a sling for support when shooting at ranges of 500 yards and beyond.

Where Can I Get a High-Quality Reproduction M1907 Leather Rifle Sling
If you’re looking for a new sling for a rifle – whether it’s for a collection, a display, for competitive shooting (where allowed) or simply for hunting – you really can’t go wrong with an M1907. It has tons of historical cool-factor and the design is extremely utilitarian, even today.

At The Front (AtTheFront.com) sells extremely high-quality American-made reproduction of WWII-era M1907 slings that were issued for use with M1903 and M1 Garand rifles.

Their reproduction M1907 leather rifle slings use durable yet supple 8 oz cowhide (of the proper light-tan of unissued originals), cut to the 1.25” and sewn with 100% linen thread from Delaware. The originals featured brass hardware, but these reproductions feature steel. They are completely made in America and compatible with any weapon that has 1.25” sling retaining loops, though if your rifle or shotgun does not have them, you can likely rectify that issue with sling mount adapters.

Check out the specs of their M1907 slings on their website via the previous link and get in touch with them directly if you have any questions, at 270-384-1965.

Previous post What Are The Absolutely Required Pastor Vestments?
Next post Why French Terry Is The Best Fabric For A Sweatshirt