One or two generations ago, many a priest started thinking clergy cassocks were an unjustified imposition and represented a hindrance in our job imparting the teachings of Christ. Many churches started restricting the use of clergy cassocks and clericals to their places of worship and other administrative jobs or official duties. Some priests even cast their robes gleefully, the same way college graduates toss their hats at the end of their careers, to signify the end of some sort of externally imposed bondage.

This came about at the time when it was fashionable for priests to say that they wanted to be “part of the flock”. This was a very harmful attitude that brought much grief in times of creeping secularism. What made things more disquieting was that many of the ones who were supposed to have a high degree of respect by virtue of their office were showing increased degrees of reluctance towards the maintenance of tradition. Vestments, like other outward signs of distinction, no longer seemed appropriate or necessary in this new era where “everybody was equal” in the eyes of God.

Fortunately, this post-modern attitude has been fading as of late. Many now understand that answering the call makes them different from the rest. Once you are ordained, you are no longer one of the boys. You become a guide and an overseer making sure the law of God is known and followed.

But times have changed once again and there is now a renewed interest in wearing traditional clergy cassocks. The underlying reason for this is that people are beginning to see the importance of tradition and symbolism in our society. Clergy cassocks represent an important part of our religious heritage and they should not be taken lightly.

While some may see this as a sign of regression, I believe it shows that we are willing to uphold the traditions that have made us who we are. The return of clergy cassocks shows that we are ready to face the challenges of the future while still holding on to the things that matter most.

In times of cultural confusion and political turmoil, priests and church attendants need to be able to find solid moral and ethical anchors that remind them that some immovable truths and principles serve as beacons during a storm. Seeing their pastor hold onto them and show an unshakable faith in their holy mandates, functions as a reminder that they´re not alone in their struggle with the burdens of the world, and encouragement to follow the word of God.

Clergy cassocks are not only a uniform. They serve as work clothes and a sign of commitment to our duties. They also serve as a form of prayer that is constantly reminding us of roles and providing a much-needed armor against temptation. The only times when a cassock is inconvenient is when doing highly demanding physical work. Cassocks also force us to remember to step carefully to avoid stumbling. So, when speed is of the essence, maybe cassocks are not the proper outfit. However, they are still considered practical and comfortable, and many denominations are adopting its generalized use as clericals or everyday wear.

The best part is that high-quality clergy cassocks are made of modern materials that make them cooler and more comfortable than ever before. Divinity Clergy Wear, for example, offers incredibly convenient clergy cassocks that offer a more efficient thermal control than business suits, and are loose-fitting, providing increased freedom of movement. VIsit their website today and learn more about their cassocks and clergy vestments, or visit their warehouse in Hamilton, NJ. 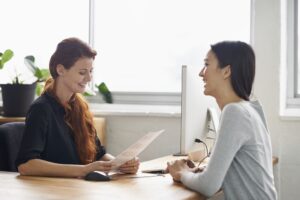 Previous post Why use a recruitment agency?
Next post A Brief History of Women’s Clergy Wear and Other Garb