Hackers have returned nearly half of the $600 million they stole in what’s likely to be one of the biggest cryptocurrency thefts ever.

The cybercriminals exploited a vulnerability in Poly Network, a platform that looks to connect different blockchains so that they can work together.

Poly Network disclosed the attack Tuesday and asked to establish communication with the hackers, urging them to “return the hacked assets.”

A blockchain is a ledger of activities upon which various cryptocurrencies are based. Each digital coin has its own blockchain and they’re different from each other. Poly Network claims to be able to make these various blockchains work with each other.

Poly Network is a decentralized finance platform. DeFi is a broad term encompassing financial applications based on blockchain technology that looks to cut out intermediaries — such as brokerages and exchanges. Hence, it’s dubbed decentralized.

Proponents say this can make financial applications such as lending or borrowing more efficient and cheaper.

“The amount of money you hacked is the biggest in defi history,” Poly Network said in a tweet.

Hackers start to return the funds

In a strange turn of events Wednesday, the hackers began returning some of the funds they stole.

They sent a message to Poly Network embedded in a cryptocurrency transaction saying they were “ready to return” the funds. The DeFi platform responded requesting the money be sent to three crypto addresses. 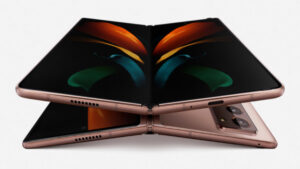