Whether you’re in theater, amateur film, or just enjoy the educational, engaging aspect of local historical reenactment, authenticity is not a suggestion but an imperative.

Many millions of dollars are spent each year scouting for authentic original pieces as well as in creating reproductions that are themselves as authentic as possible and faithful to the originals.

One of the most lucrative markets is that for reenactment gear for the Second World War. naturally, whether you’re interested in recreating the image of American, German, or even Commonwealth forces, not all gear is the same.

The period, location, division, and rank all influence what sorts of authentic WW2 German reenactment gear any given reenactor would need, but the following are some staples.

1. A Mauser K98k Replica (complete with a K98k bayonet and sling)
The infamous Mauser Karabiner 89k, or K98k, is one of the most influential (and recognizable) rifles that was ever developed.

Built around the Mauser action, the K98k was used by all branches of the Wehrmacht during the Second World War and saw action in all theaters of the war in which Germany was engaged.

While not every single German troop may have been issued a K98k, it’s still iconic enough to merit investment on behalf of an interested, engaged reenactor – even if only as a prop or for a display.

2. M43 Tunic
It’s impossible to point to a “single” German field coat or uniform as the most “typical” of World War II, but the M34 tunic was widely enough used that it makes a good run for the title.

These HBT uniforms (herringbone twill) were common throughout the war and commonly issued in a dark “reed green” color to German officers. It’s not a sure bet – but it’s a good one and a great addition to any collection.

3. A Classic German Boot Knife
In the Second World War, Germans were issued a famous style of knife that has come to be known simply as a German “boot knife.”

They featured dark, somewhat oblong wooden scales with smooth edges, a short crossguard, a single-edged steel blade of just over 5 inches, and plain leather scabbards. Nondescript, but a nice addition to any collection of WW2 German reenactment gear.

4. An M35 or M40 Stahlhelm
Whichever appeals to you, this was the most widely used German helmet of the war, and is likely the most famous steel helmet of all time.

Its design is so iconic that it has become a symbol of Nazi Germany and fascist oppression in general – no collection of WW2 German reproduction gear is complete without at least one Stahlhelm in Feldgrau.

5. M24 Replica/dummy grenade
If you don’t recognize the name, you will certainly recognize the image of the infamous German stick grenade. The M24 Stielhandgranate “stick grenade” was the most widely used grenade by the Wehrmacht during the war. Get a dummy version and use it as an ornate paperweight or use it as a prop.

6. M39 Jackboots
The Stahlhelm is one classic, iconic image of Nazi Germany – Marschstiefel, or marching boots, commonly referred to as Jackboots, are the other.

M39 jackboots, black and imposing, with steel hobnails embedded into the sole, have formed an undying association with Nazi Germany and World War II in general.

If you’re building a collection of German reproduction military gear, your collection will be incomplete without at last one pair of Jackboots.

Where Can You Get High-Quality WW2 German Reenactment Gear
If you’re interested in building a collection of WW2 German reenactment gear, whether for professional purposes or simply for a personal collection, visit SARCO, Inc., at SarcoInc.com.

One of the world’s largest sellers of firearms and parts, SARCO, Inc., also maintains a healthy collection of original and reproduction military gear, including classics from the Second World War. check out their catalog online and get in touch with them by phone at 610-250-3960 if you have any questions. 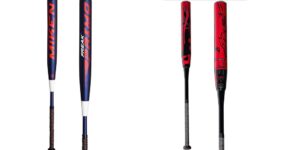 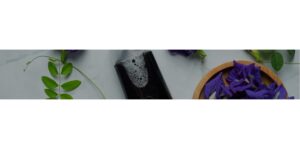 Next post What Are the Top Hair Products for African Americans?

CNC Router: What to Consider When Buying a Woodworking Machine